Home Contact Me Events Catalogs Join the Fun Shop Now What's Happing Now Clearance Rack
You gotta love SURPRISES!!!
So what was in that box?

So this little cutie was so popular this past weekend at a vendor show I attended, I thought I would teach you how to make him! 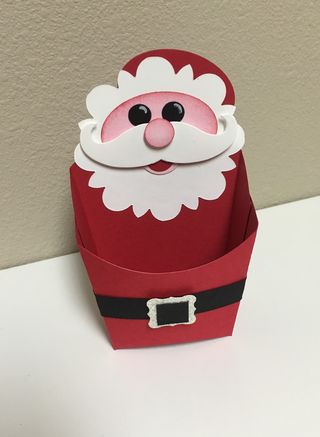 The body is the easiest part utilizing the Fry Box die from Stampin Up!  When you cut the box, there are easy score lines to guide you thru the assembly.  The rest of your supplies are featured below: 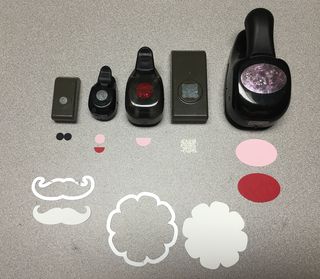 So when I first saw this box on Pinterest, Santa's hair was made with the wreath framelit that shamefully I do not have.  Again, what to do, what to do.....  I wonder if a flower would work?  Well as you see above, I cut one out but it really looked like a flower and not hair.  To change the look, I simply used the same die, just turned it ever so slight and cut again as you see below: 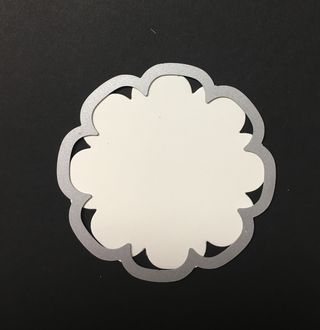 Once this was done, he started coming alive!  The rest of his face was a series of circle punches, an oval and of course a mustache.  On his nose and his face, I applied some Cherry Cobbler so he looked nice and rosy!  and I think the most important part was to use dimensional dots!  I used them on his mustache as well as his nose.  Here is a side view: 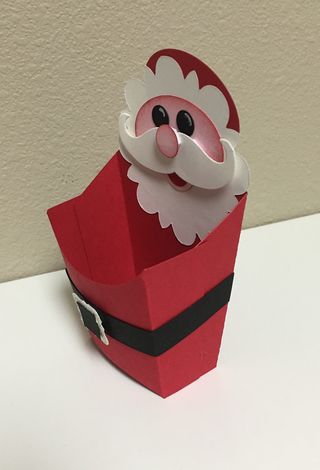 After I had him all assembled, I used a chalk pen to make his eyes come to life and some glitter to his mustache to give a little sparkle.  Here is what that looked like: 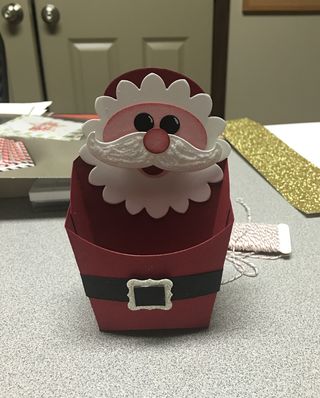 And there you have it - a cute and easy gift!  To complete the project, I found chocolate kisses that were wrapped in red and white and the flag on them says "ho, ho, ho" which just added more cuteness!  I hope you are inspired by this project and I will be making some for customers that just needed more from last weekend which I am more than happy to assist with.  :)

Rumor has it that I have a nice sized package in my stampin room with goodies from the new catalog starting January 5th!  Stay tuned as you just might see what was in that box this weekend.....  Happy stampin!!

The comments to this entry are closed. Skip to the Fun Here!
You picked me! I am so glad you stopped by so I could share my love of stampin with you as well as my daily escapades in this wonderful life. Sit back and enjoy!

This is My Personal Blog